A Loft by the Sea

A Loft by the Sea

It’s not immediately obvious, but spaces do have feminine and masculine qualities. Being a woman, I am always fascinated by interior styles that are a reflection of a man’s personality. It's far more defined when it’s a single guy’s space, as their style is unadulterated by the opinion of a second person. Which is why I was instantly hooked when I saw some pictures of the Loft house of Samit Basu, a fantasy fiction author and writer of Simoqin Prophecies, The Manticore’s Secret, and The Unwaba Revelations. His house is masculine, without any of the clichés associated with a man’s space. I knew I wanted to know more about this tastefully done, uber chic home with minimalist décor.

This loft house, in Madh Island, Raheja, Mumbai comes with 260 degrees of stunning Arabian Sea views. It resides in utter peace, away from the chaos of Mumbai. The height of the ceiling is 20 feet, giving the overall space an airy feel. The size and space allow greatly for the ample natural light to become an inextricable part of the interior design. The house has two floors and benefits greatly from its superb location that allows inhabitants to enjoy panoramic views of the sea. The interiors make liberal use of colours inspired by the nearby ocean. There are tones of white, green and blue, visible on the sofas, and the long curtains on the windows, which feature a clever ombre pattern, are reminiscent of the sea as well. The living room and the kitchen are situated on the ground floor and are decorated with mostly minimal furniture and accessories. The bedroom on the upper floor benefits from privacy and beautiful views. 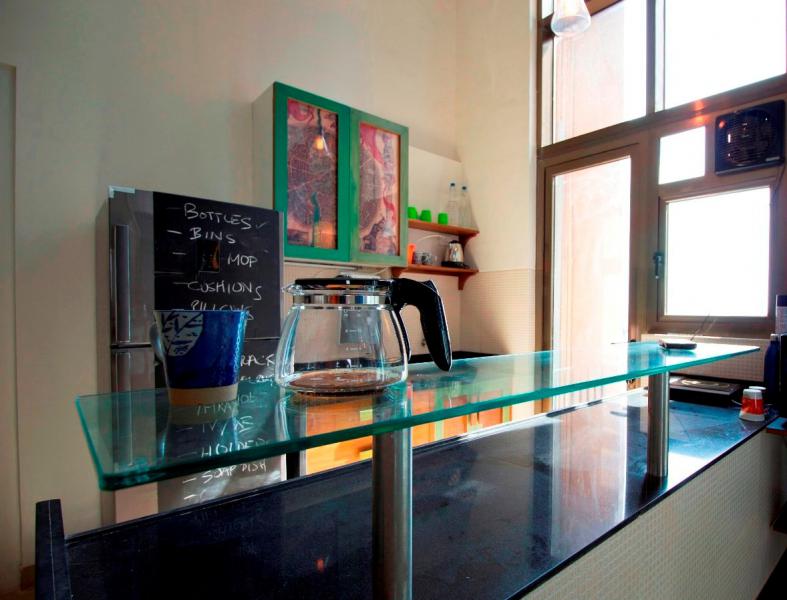 The flight of stairs leading into Samit's room has a sliding door which is treated like a page out of a graphic novel, keeping in mind his love for all things anime. After quizzing Samit on his favourite characters, the designers then created a story board with an interesting array of characters. The black, white and grey railing leading to the door make an interesting graphic frame. Samit’s wardrobe doors are not merely wooden shutters but a framed artwork. Keeping his interests in mind, the designers proposed the idea of using ancient maps. These “maps” came out of his favourite fantasy reads, including Asterix (Map of Gaul), Terry Pratchett’s Discworld map, and The Lord Of The Rings. Samit loves gaming and is a loyal fan of Pacman. A surprise was in store for him as custom-made Pacman lights were installed in his home! 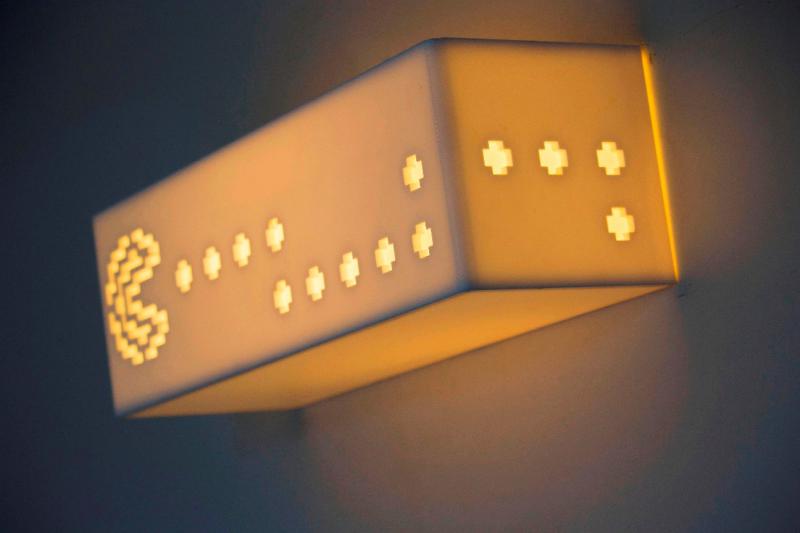 ​The rest of the accent lights are also custom-made and feature cones and helmet-shaped lamps in various sizes. Getting readymade lights for Samit's space was nearly impossible since the sense of scale in his loft house demanded either really big lights, or a cluster of different lights in varying sizes and shapes. A bit of trial and error was involved in hitting upon the solution: a cluster of black and grey lights that were conical and helmet shaped, as envisioned by the designers. Hanging these lights and the fans on the soaring ceiling was yet another challenge and a production in itself, as long rods were needed (like in high-ceilinged churches) to hang them at the desired height. Nineteen-foot-long blue ombre curtains, custom-made by artisans from Rajasthan, were the next step. They also had to be made to scale so that the point where the white moves into light blue, which further moves into indigo, hit the eye at just at the right place. The design team also created a print in which fish move from one side of the ombre to another in the central panel. While spending time in the flat, the design ladies noticed that in the afternoon, the sunlight created lovely shafts of light through the staircase and onto on the wall. They decided to follow these lines and make a bookshelf along that wall.
​
The furniture is very Zen-like. The egg-shaped dining table with its eclectic mix of chairs, the pull-out day bed, and the sofas with a hint of an upward curve, all come together perfectly. The side tables have detachable trays which can be removed and carried to any other part of the house. With the furniture and soft goods, the designers were able to further play with some color and print. In the bedroom upstairs, Samit wanted his writing desk to look out onto the sea, but space was a huge constraint - there was barely enough room for a bed! The problem was resolved through a Livin Art custom-made space saver computer table that folds up to look like a decorative element when not in use.

The design team was therefore able to keep this lovely home masculine with splashes of indigo and green, to create an appealing and fascinating home themed for a writer in residence by the sea.

Anu Tandon Vieira is the founder of The Retyrement Plan, an initiative that uses discarded tyres, textile waste, twine, bamboo and cane to create furniture. Anu has worked on a wide array of projects ranging from restoring and refurbishing palaces in Udaipur, to art direction for feature films, and creating textiles for the international market.