With award season underway, everyone’s eyes are on the best movies of 2017; those that engaged us, made us hold our breath, had our hearts racing and brought tears to our eyes. Movies are a way to escape reality and enter a parallel universe where you become part of extraordinary tales and stories we could only dream of. As much as we enjoy a great film, our 2017 list consists more of movie sets that captured our hearts and imagination! These are the movies that we think had the most exciting set design of the past year.

Blade Runner 2049
Almost four decades after the Ridley Scott original, Blade Runner 2049 attempts to take off where the first movie left off with director Denis Villeneuve and actors Ryan Gosling and Harrison Ford. Though the movie received mixed reviews, we couldn't take our eyes off of what Oscar-winning production designer, Dennis Gassner had created. The world in 2049 is bleak, dystopian and almost apocalyptic. Gassner created an uneasy yet beautiful mood using tones of orange, red and burnt sand that echo the panorama of destruction the movie is set against. The movie featured futuristic vehicles, which had to look exciting but not sleek or sexy. Gassner played around with very straight angles and severe silhouettes. He was inspired by the Brutalist architecture in the city, Budapest, where a large part of the movie was shot. Each scene showcases a piece of the future, but none that we have previously visualized with other sci-fi movies. A true visionary, Gassner was able to find beauty in the bleak in Blade Runner 2049. Dunkirk
Christopher Nolan’s historical retelling of Dunkirk with 300,000 Allied troops trapped by the Germans in 1940, definitely made it to our list of top movies not only for set design but for the story and direction. The team actually rebuilt the long narrow pier where soldiers gathered and waited for boats to carry them away. Production Designer Nathan Crowley was committed to making this movie look as realistic as possible but also took enough artistic license to capture our attention. The entire movie was a physical feat; the weather was a challenge and battling the tides of the English Channel was obviously no joke. Crowley said, “Between the ships, rebuilding the mole, pulling real cockpits into old Russian planes and flying Spitfires into the sea for real, it was tough. It was physically tough. This is the most physical film I think we’ve ever done.” Crowley sourced all the necessary ships and planes to create a realistic recreation of what happened on Dunkirk all those years ago.

Murder on the Orient Express
Kenneth Branagh directed the revamped version of Agatha Christie’s iconic crime novel (which had first been made in 1974 with stars like Alberty Finney, Lauren Bacall, and Sean Connery) with a slew of superstar names and a look to match them. BAFTA-winner Jim Clay came on board as production designer and actually built the entire train from scratch. Clay said, “The 1974 version and the television versions that preceded us were quite ornate, art nouveau, slightly Victorian, with floral patterns, etched on the windows and into the fabrics. Ken’s style is more minimalist, so we edged ours toward art deco and lines that were more geometric rather than floral. I was very conscious of keeping the backgrounds opulent and rich but not distracting.” Clay was able to bring the experience of being on the Orient Express to life for us with intricate marquetry, precise lines, and very decadent décor. The Beguiled
Sofia Coppola is a master when it comes to creating narratives that pull you in and linger on long after you’ve left the cinema. The Beguiled is a Southern Gothic that she has set during the American Civil War. With an almost all female cast, costume design took the centre stage and was able to set the tone for the film. The women of the film are dressed in a collection of pastel-hued, conservative yet almost dream-like day dresses with lots of plaids, stripes, and calico patterns. The movie is set in a haunted-looking Victorian plantation house with lots of creaky floors and an eerie sense of something about to happen. We loved the way Coppola created a world within a world using Gothic design, furniture, and décor. 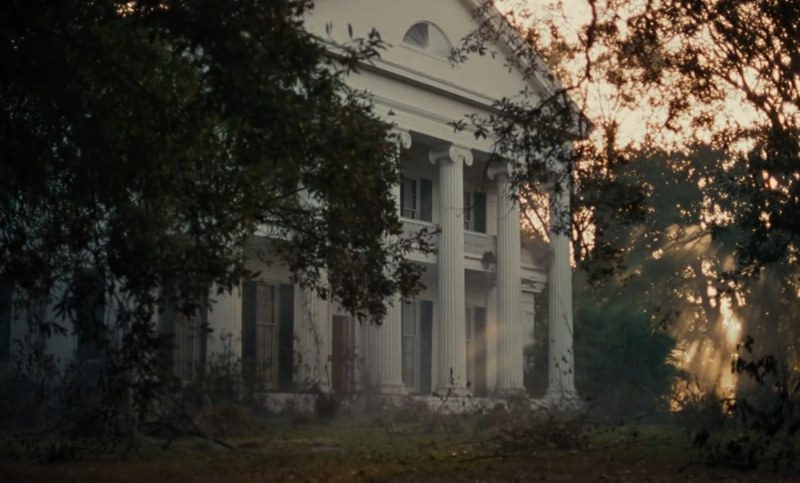 Do you think, we've forgotten to add any movie set in the article that inspired you to design or decorate your home in 2017? Do write to us at interiors@discernliving.com.